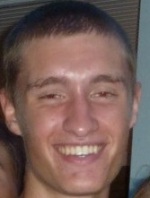 Chicago had a perfect record in the Central until a 108-115 overtime loss in Indiana on March 18. This streak-breaker didn’t faze Thibodeau’s club much, as the Bulls responded by pounding Sacramento and Atlanta in their next two games by a combined margin of victory of 73 points. Derrick Rose and company will be out for revenge on Indiana come the first round, and this match-up looks to be the closest equivalent to a first round bye in the playoffs.

Best Case Scenario: Carlos Boozer and Joakim Noah stay healthy while Rose continues his theatrics from the regular season immediately into the first two games with 30+ points and 10+ assists in each. The Bulls sweep a demoralized Pacers squad and get extra time to rest for a tough second round series against Orlando.

Worst Case Scenario: A weary Chicago squad hobbles into the playoffs with injury concerns for Noah and Boozer. Luol Deng cannot produce after playing excessive minutes in the regular season. Rose is forced to use a little extra star-power to help his team escape with the series in a close game 6 in Indy.

History seems to be repeating itself as Boston is again faltering coming into the playoffs (lost 7 of its last 13 games). And just like last year, analysts have been quick to throw the Celts under the bus. Critics cite the loss of Kendrick Perkins as the reason for recent struggles, but keep in mind that a Perkin-less Celtics squad forced the Lakers to game 7 last year in the championship. Doc Rivers knows he needs a healthy team for the postseason, so his starters have been seeing reduced minutes lately. Expect no such holding back against the Knicks in the first round.

Best Case Scenario: Both O’Neals are healthy enough to play 25 minutes a game in the middle, erasing any doubts about roster troubles. The Celts’ playoff experience shows as the big 4 stick to easy, slow half-court offense to outplay a much more athletic Knicks squad. Doc’s smothering defense keeps the New York superstars from finding their strokes, and Boston wins the series 4-2.

Worst Case Scenario: Shaq never sees the court. Rondo misses Perkins’ presence in the frontcourt. TNT announcers refer to the lineup of Rondo, West, Green, Davis and Krstic as the “Celtics of the future.” The Knicks take down their rivals in game 7 and Melo, Stoudemire and Billups officially become the new big 3 in the East.

Love ‘em or hate ‘em, Miami put together a noteworthy season under a new coach and with a completely new roster. Even after struggling early on in the season, the Heat have lived up to their namesake by ending the season scorching hot, winning 15 of 18 to enter the post season. All eyes will be on the unstoppable force that is Lebron James in the first round, and time will tell whether his friends Dwyane Wade and Chris Bosh can help carry the load.

Best Case Scenario: The three-headed monster combines for 70+ points in every game of the series, and the Sixers have no choice but to play in to the hands of Miami’s deadly transition game. Mike Bibby and James Jones contribute with their three-point threat to keep Philadelphia’s defense honest and allow James to go to work. The Heat sweep the series and prepare for one of the big 3s to emerge victorious.

Worst Case Scenario: Spoelstra gets completely out-coached, and the super-friends struggle under the playoff spotlight. Miami relies on role players too much, captured perfectly by a moment late in game 3 when Spoelstra tries to run his offense through Eddie House. Miami fans collectively beg for Udonis Haslem to return, and the rest of America rejoices as the Heat hobble into the second round with their pants down, winning game 6 in overtime.

While the media have focused much of its attention in the East this season on the top three seeds (and perhaps New York after the Melo trade), the Magic have quietly earned 52 wins this season. While other superstars are scrambling to move to big market teams, Dwight Howard has humbly accepted his role in Orlando—and he’s done quite well. Except for perhaps Chicago’s Derrick Rose, no team in the NBA relies more on one player than Orlando relies on Howard (see the MVP ballot). His success will be vital for Orlando to ensure a first round victory.

Don’t let that 44-38 record fool you. Atlanta is one of only two teams in the post-season with a negative season point differential (Indiana is the other one). Al Horford and Joe Johnson seem relatively less effective than previous years in the newly star-studded Eastern Conference. The Hawks also lost their final 6 games of the regular season. However, after clinching the fifth seed, starters have been seeing minimal playing time. This squad that won three of its four games against Orlando this season will certainly have its hands full against the menacing Dwight Howard.

Best Case Scenario: The Hawks rely on depth to bully the Magic’s reserves. All five starters score double digits every game. Horford plays the best defense of his life against Howard. Josh Smith returns to his old self as a SportsCenter highlight reel regular with gravity-defying dunks and blocks.  Atlanta takes the series in 7.

Worst Case Scenario: Injury concerns for Marvin Williams and Josh Smith defuel Atlanta’s defense. Horford decides to play the 4 on defense. Zaza Paculia is no match for Howard. Johnson never finds his stroke. Hawks fans face the harsh reality that they no longer have the superstar power to keep up in the East.

It’s been a regular season of ups and downs for the Knicks. When completely reorganizing the roster at the beginning of the season to obtain Amare Stoudemire wasn’t enough, they reorganized again to obtain Carmelo Anthony and Chauncey Billups. After a six-game losing streak after the trade nearly sunk New York’s season, the Knicks rebounded to win seven of its last nine games and sneak past Philadelphia for the sixth seed. The question is: will the newfound chemistry of New York’s superstars be enough to challenge Boston in arguably the most exciting match-up of the first round?

Best Case Scenario: New York fans get their wish as no one has an answer to Melo. Boston resorts to double teaming and Billups and Stoudemire devastate them with kick-out threes and pick-and-rolls. Melo racks up two triple-doubles over the course of the series. Still, the series is close and New York needs all 7 games to take down last year’s finalists. All doubts about D’Antoni’s job and Melo’s clutch-ness are erased. Chris Paul publicly denies to reporters that he mentioned anything about playing in Charlotte in 2012.

Worst Case Scenario: Melo and Paul Pierce cancel each other out. Amare is forced out of his usual rhythm by Kevin Garnett’s outstanding defense. Chauncey and Landry Fields are tasked with the defensive nightmare of shutting down Boston’s backcourt of Ray Allen and Rajon Rondo. Team chemistry again begins to falter, and the Knicks’ role players play dead. D’Antoni is promptly fired after losing game 5 in Boston.

Philly is a scrappy team with excellent defenders in Andre Iguodala and Jrue Holliday. On offense, they have six players averaging double digits in scoring. As an added plus, the average age of the Sixers’ roster is almost five years younger than the Heat’s. Expect Doug Collins’ club to try to run Miami’s veterans into the ground—although this strategy could prove deadly for the Sixers if forced to play against Lebron and D-Wade on the fast break.

Best Case Scenario: Iguodala becomes known as the only man in the NBA who can stop Lebron, putting a lot of pressure on Wade and Bosh. Elton Brand takes advantage of Miami’s struggles at the center position and averages 20+ points per game in the series. NBA fans wonder how Collins turned a 27-win team into a 41-win team in a year without being considered for Coach of the Year. Philly accepts a game 6 defeat and goes into next year gaining valuable playoff experience.

Worst Case Scenario: Injury concerns for Iguodala and Holliday destroy any hope of stopping the South Beach big 3. The Sixers’ young guns try to play fast-paced offense, allowing Miami to average over 110 points per game in the series. No one is surprised when Philadelphia’s vast improvement from last year earns Collins no consideration for Coach of the Year. Philly goes down in four games despite mass support from Lebron haters.

As the only under-.500 team earning a bid to the playoffs, Indiana will be pretty clearly outmatched against a red-hot Bulls team. Despite staying healthy all season, Danny Granger has seen a decrease in production, which is troublesome for a Pacers team that needs him to produce all-star caliber numbers and then some to have a chance against its Central Division rival. The one bright spot Indiana does have is plenty of young players who could break out at any minute.

Best Case Scenario: Darren Collison, Roy Hibbert and Tyler Hansbrough play out of their minds, surprising Thibodeau’s defense with their energy. They manage to steal a game in Chicago, giving the team confidence for a hard-fought series. Granger gladly accepts a superstar role and scores 30 a game. Indiana falls to Chicago 2-4.

Worst Case Scenario: The Pacers get swept as expected. People forget who the Bulls played in the first round by the time the second round starts.